The Church family name spans six generations in Townsville and the clan still thrives, many of them living on church road at Black River, a thoroughfare so named as recognition of their continuing contribution to the prosperity of our city.

Ironically, Sam Church and his wife Dulcie sailed north from Newcastle in New South Wales and first settled in cairns in 1938 but the canny businessman saw greater potential in Townsville, moving to the now capital of North Queensland a year after the outbreak of world war two in 1939.

Townsville’s population grew to about 100,000 during the war years and Sam seized upon the opportunity to cater for the American troops who were stationed in the city.

A legacy of his enterprise, though, no longer owned by the Church family still survives to this day, Church’s Disposal Store on Ingham road.

Sam’s son Bill, enlisted in the Australian army in 1941 and saw service at Milne bay with the 25th infantry Battalion where the Japanese lost their first land battle of the war in Papua New Guinea. He was in the same section as corporal Reginald Rattey who, later in the war at Bougainville, won the Victoria Cross.

Bill’s Son Allan, said his father confessed he was lucky to survive the battle. But Bill, one of six children, did. He followed in his father’s footsteps, becoming a successful businessman and later forming North Queensland Building Services.

He married Margaret (Peggy) Fellows soon after his return and joined his parents at their scrap metal and bottle business until he and brother Neville bought land at 277 Ingham road in Garbutt, which soon became Neptune Service station.

After four years the brothers sold the business, Bill moving into the field of sandblasting, protective coatings and built- up roofing – a move that would be the beginning of a business we know today as contract building services.

Bill and Peggy originally ran North Queensland Building Services from their backyard and were soon joined by their eldest son Allan.

The business quickly outgrew Bill and Peggy’s backyard and it relocated a number of times before settling for the past decade at 619 Ingham Road.

In January, 1978 Peggy Church died suddenly, forcing a business restructure and the adaption of the name Contract building services Pty Ltd. Bill church Died in 2010 aged 87 and was a regular visitor to the office in his final days.

The Patriarch of the church family in Townsville, Allan Church, Celebrated 55 years with the family business in November 2019 and is well placed to look at the changes that have occurred during his working life.

Allan joined his late father Bill’s fledging one man business in 1964 and has seen has seen it evolve into a multi-faceted operation with a staff of more than 30 plus an office storage facility in cairns.

“We cover an area from Cairns in the north, west to Mount Isa and south to Rockhampton, we have done work in PNG, Tasmania and across the ditch to New Zealand” He Said

While Townsville has evolved into the thriving city of more than 190,000 people it is today, it was very much a sleepy country town when Allan embarked on his career, like his father and grandfather, Allan possesses an innate ability t sense a business opportunity and run with it.

His Father Bill had started North Queensland Building Services which would eventually morph into CBS Building group as the decades passed by.

Specialising in waterproofing basement areas in large buildings, water storage infrastructure and external surfaces of apartment blocks, Allan was always on the lookout for new products that may cost a little more, but stand the test of time.

The Philosophy has stood by the business in good stead and Allan traces much of the success in the early days to striking up a friendship with an industrial chemist in Brisbane which allowed the company to be an industry pacesetter in the area of using epoxy resins for concrete and floor protection.

That evolved into the use of fire-retardant materials in air conditionings ducts of high rise buildings and later using the new UV resistant polyurethanes which replaced bitumen in expansion joints.

The company was at the forefront of using vinyl tiles when durable linoleum flooring material was the industry standard in commercial buildings.

Married to Pat in 1967 and the proud father of four boys and a girl. Allan is now planning to step back from the business and leave it to the next Church Generation to chart the future.

A former District Governor of Rotary, Allan plans to continue his community service as President of Rotary and spend more time with Pat and his Grandchildren. 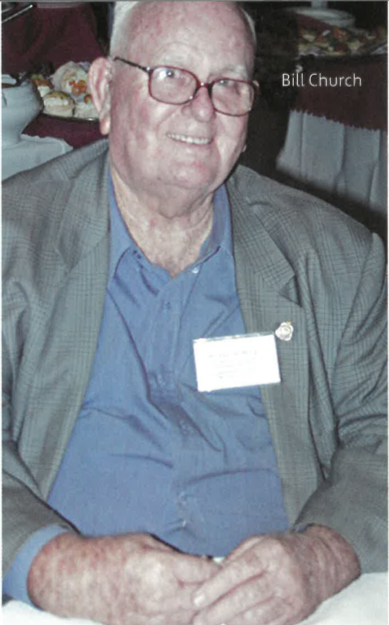